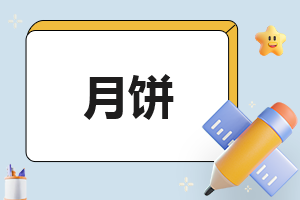 The Middle-Autumn Festival is one of the traditional Chinese festivals, it is often held in September or October.During the festival, family members get united and have mooncakes together.THere are various kind of mooncakes,such as bean paste, egg-yolk or meat.

The shape of a mooncake is round as it symbolizes a big moon.Moreover, in the evening of the Middle-Autumn Festival, people get together in a vacant place, eating delicious mooncakes while appreciating the beautiful moon hanging in the dark sky.To conclude, the Midde-Autumn Festival is a very nice festival for Chinese people.

Mid Autumn Festival is a traditional festival of China. It used to be as important as Spring Festival .It is usually celebrated in September or October. This festival is to celebrate the harvest and to enjoy the beautiful moon light. To some extent, it is like Thanks Giving day in western countries.

On this day, people usually get together with their families and have a nice meal. After that, people always eat delicious moon cakes, and watch the moon. The moon is always very round on that day, and makes people think of their relatives and friends. It is a day of pleasure and happiness. Hope you have a wonderful Mid Autumn festival!

The Mid-Autumn Festival has all interesting history. Long ago in one of the dynasties of China there was a king who was very cruel to the people and did not manage the country well. The people were so angry that some brave ones suggested killing the king. So they wrote notes telling about the meeting place and time and put them into cakes. On the 15th day of the 8th lunar month every person was told to buy the cakes. When they ate them they discovered the notes. So they gathered together to make a sudden attack on the king. From then on the Chinese people celebrate on the 15th day of the 8th lunar month and eat moon cakes in memory of that important event.

When the Mid-Autumn Festival is near, shop windows are beautifully decorated. Many moon cakes are displayed for people to buy. People send presents such aswine, fruits and moon cakes to their friends and relatives. In the evening of the day, they have a feast. After the feast, they go out to the garden to look at the moon. The children run and laugh on the streets.

It is believed that the moon is at her brightest on this night. Many poems have been written about it, and poets are never tired of reading and writing such poems. In Chinese literature, the moon of the Mid Autumn Festival has been compared to a looking-glass, a jade rabbit, and so on. It seems that Chinese literature takes far more interest in the moon than in the sun.

Midautumn Festival, is a China's ancient holiday, because in August 15 this day is in autumn center, therefore is called Midautumn Festival. The holiday characteristic is eats the moon cake and raises the lantern.

Midautumn Festival and the lunar calendar new year are same, is a family member happy ending family member. Night of the midautumn festival, the moon roundest, is brightest, moonlight also brightest America. Each and every family food and so on fruits and melons, moon cake, suspends in the courtyard on the table, the whole family enjoys looking at the moon at the same time eats the moon cake at the same time, is precisely "the space turn only then holds, the world common people raise look", this is the how happy prospect.

Afterwards, Zhu Yuanzhang finally overthrew Yuan Dynasty, first emperor which became the Ming Dynasty, although after that the Qing Dynasty person was in charge China, but the people still celebrated this symbol to overthrow the holiday which the alien race ruled.

The Mid-Autumn is a very important Chinese festival. It falls on the 15th day of August. A few days before the festival，everyone in the family will help to make the house clean and beautiful. Lanterns will be hung in front of the house.

On the evening there will be a big family dinner. People who work far away from their homes will try to come back for the union. After dinner， people will light the lanterns which are usually red and round. Children will play with their own toy lanterns happily.

At night the moon is usually round and bright. People can enjoy the moon while eating moon-cakes which are the special food for this festival. They can look back on the past and look forward to the future together. It is said that there was a dragon in the sky. The dragon wanted to swallow up the moon. To protect the frighten the dragon away.